This part of the Wiki is created as a short guide on how to start with your first CSV Project and Resource Pool to have them uploaded into Epicflow.

It starts with simple project CSV file preparation, then Resource Pool, Advanced Project, and import into the system.

Let’s prepare the CSV file for the Simple Project.

The next step is preparing Resource Pool, Advanced Project (if needed) CSV files and Import them into Epicflow.

The structure of our Resource Pool looks like this:

To add them into the file let’s start with Groups. For that end, we add two rows with the following values for columns:

The next item is users adding:

The next step is preparing an Advanced Project (if needed) CSV file and importing everything into Epicflow.

This part of the manual shows how to prepare a CSV file according to the presented Project structure. We are going to take the CSV file of Simple Project and change it accordingly. In addition resources and groups defined at Resource Pool will be assigned to the tasks.

Use the following fields:

The next and final step is to proceed with all files import into the system.

Prerequisites for this step is to have Resource Pool and Project CSV files ready. Please note that before files upload they must be placed at the server side. For that, you should use the FTP site provided by Epicflow. Information on how to configure it is described in Getting your Reports article. Other related and required information can be provided by the Support team upon request. 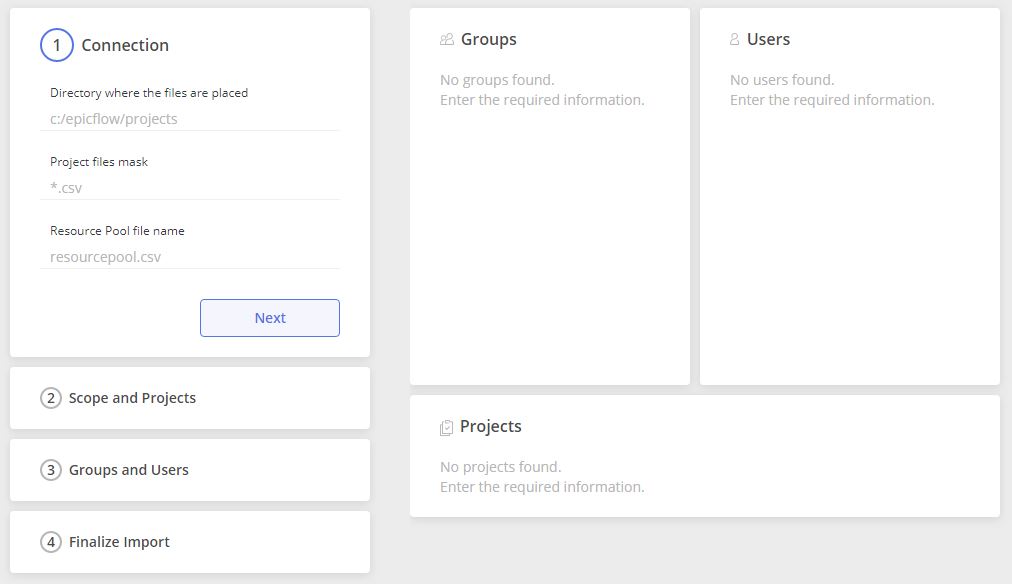 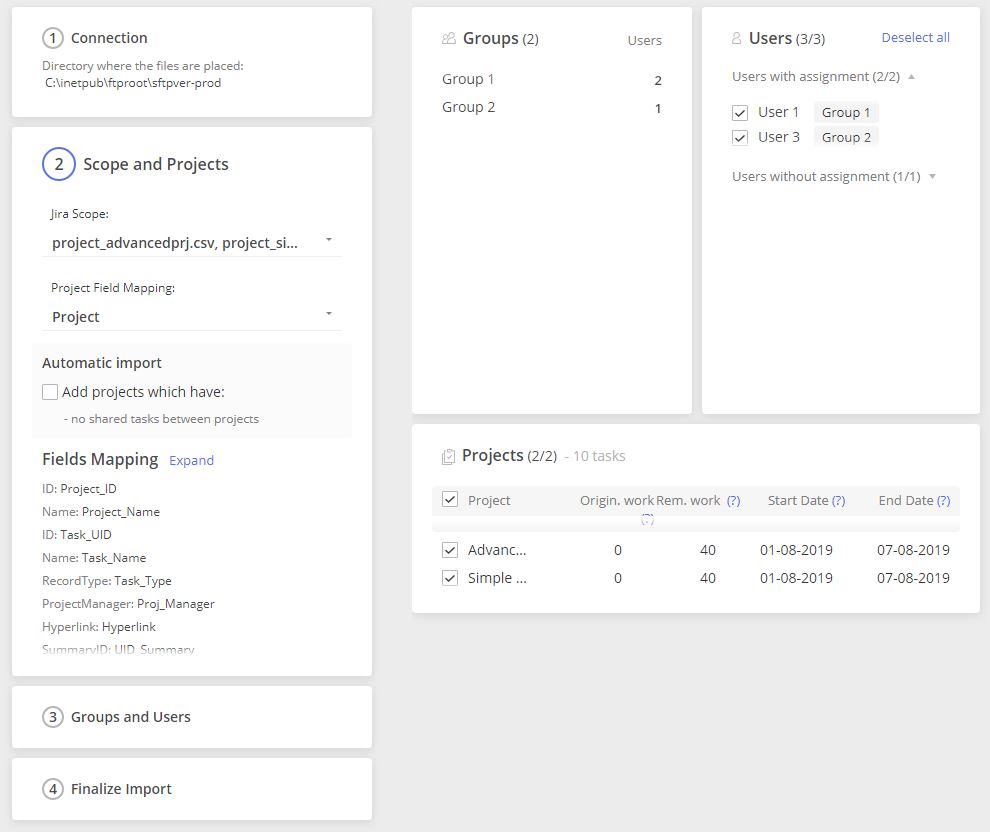 After importing your CSV data into the Epicflow system will redirect you to the Pipeline page with all projects imported into the system.