Classic definition of a Buffer is defined as a set of time that is added to the end of the project(or various critical points) that is managed by the Project Manager(PM).

In Epicflow system this statement was slightly rethought and hidden behind the Priority coefficient. For the whole project it’s not an additional time which you have added for the risk covering but a spare time which you do posses till the project end, including specially defined by you buffer time.

By default Project configuration priority calculated as 80 corresponds to a moment in time when you have buffer (in a sense of Epicflow) equal to 40%. Redefining of Project buffer rate means that you set priority 80 equals to newly defined value. In result for two identical projects, at the same moment of time, priority will be higher for that project for which you have set higher Project buffer rate.

Keep in mind that any change of “Project Buffer” parameter wont relocate any Project’s milestone dates.

Buffer coefficient is measured in percentages from 1 up to 100 and visually divided in next four groups:

PM can set any value between those borders.

We would recommend to treat Project Buffer as a mechanism of reaction on unforeseen events occurrence and as an additional tool of your projects flow configuration(in some sense ordering by priority) in multi-project environment. 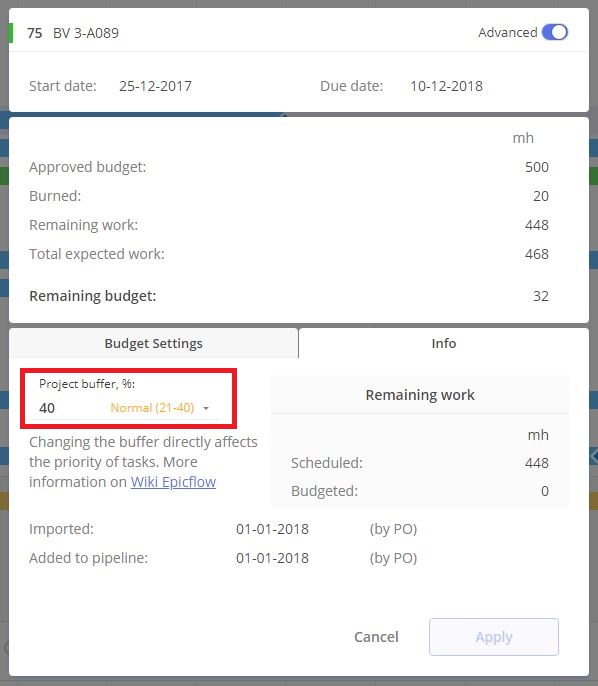