To make Task Notes visible, click on the “gear” icon at the top left corner of the “Task List” page and set the checkbox in front of “Comments”.

Then a column “Comments” that contains notes-related information defined in MSP or CSV files will be shown in Epicflow.

Click on any note to edit it directly in Epicflow.

Once all the resources have been added and tasks specified, you can add hours to every task right in Epicflow.

Filter out the required tasks.

You can easily filter out Not Estimated tasks by the “Not estimated” Stage.

Adding the second resource to the task

To add the second resource to the task, 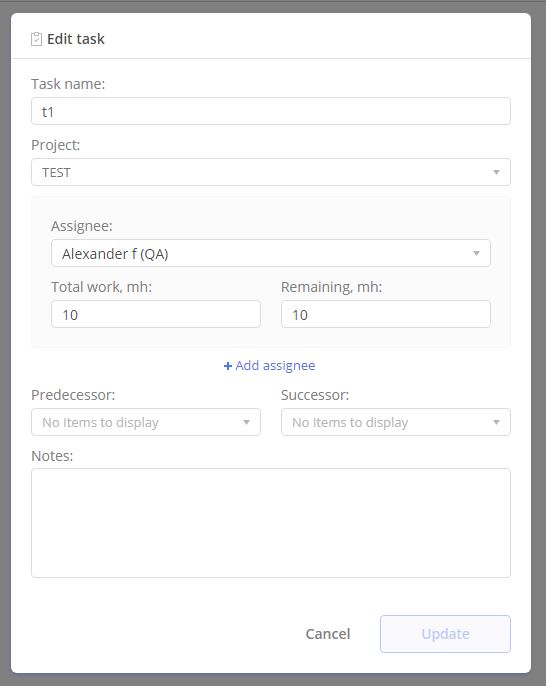 Shrinking assigned resources to the task

For the case when you would like to shrink resources assigned for the task you need to: