Multigroup is a group that contains other groups but no resources/users can have a specified capacity in it directly.

You can use a Multigroup to analyze different Resource Groups. For example, it can be used as a representation of one department.

Multigroup in Epicflow is identified by a special “star” icon located to the left of the Multigroup name. 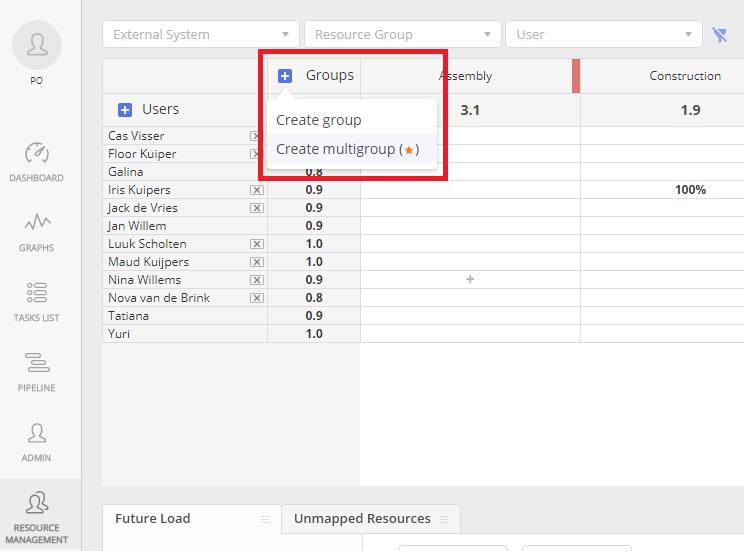 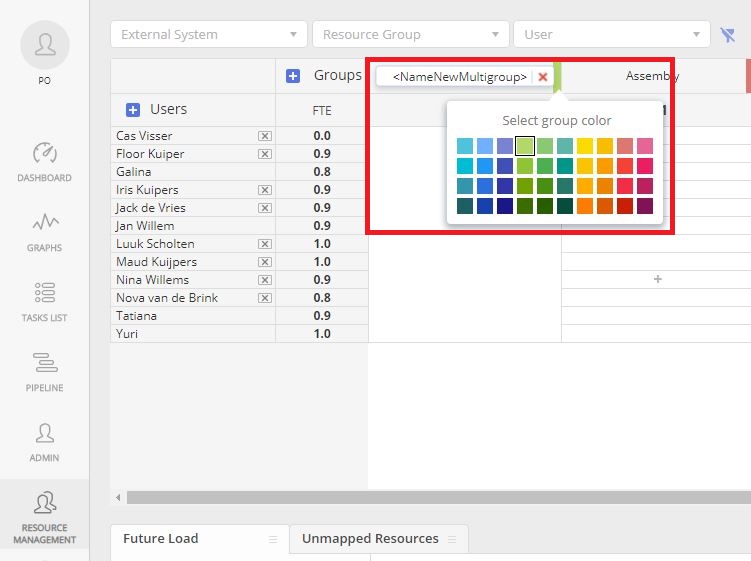 If a Multigroup is not linked directly to a group from the external system, you won’t be able to assign tasks directly in Epicflow to it. 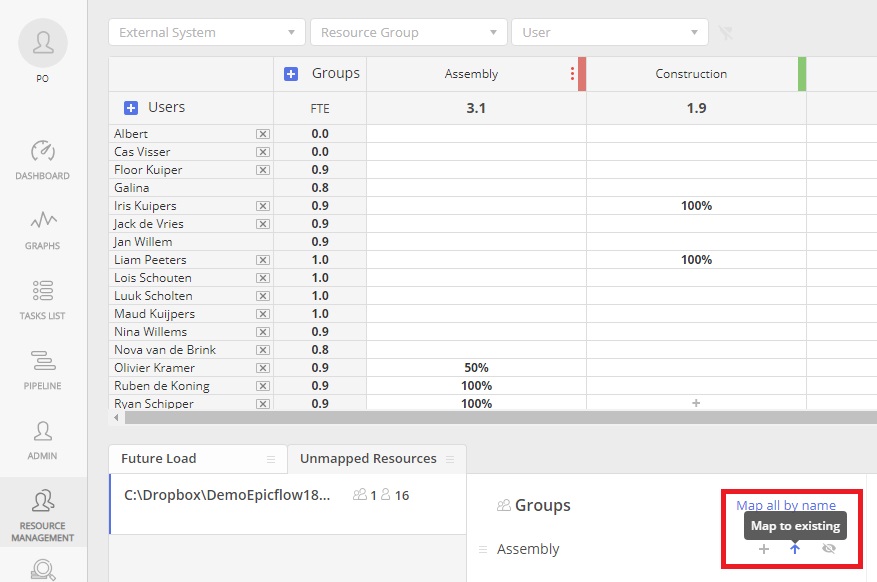 A multigroup in Epicflow can be linked to numerous External system(s) Multigroup(s) and the number of these connections is unlimited.

Nevertheless, an External Multigroup can be linked only to one Multigroup in Epicflow.

Checking Users and Their Groups in Multigroups

To check the list of users and their groups in a multigroup,

In order to add a user to a multigroup,

To check the Future load graph inside a multigroup,

When you switch to another page in the system, don’t forget to save all the changes you made because they won’t be saved automatically. But if you refresh the page from the RM page, the system will keep your recent settings.

Transferring a Group to a Multigroup

To transfer a group into a Multigroup take the following steps: 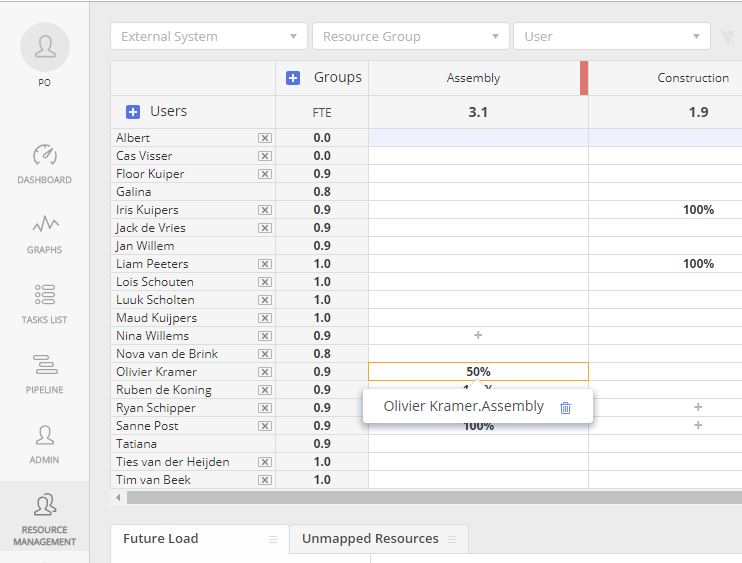 Screen #5 – Removing Resources from the Group 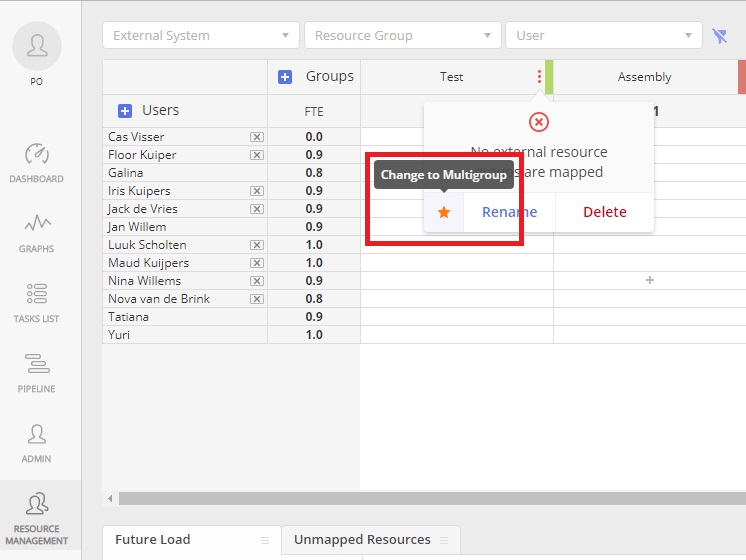 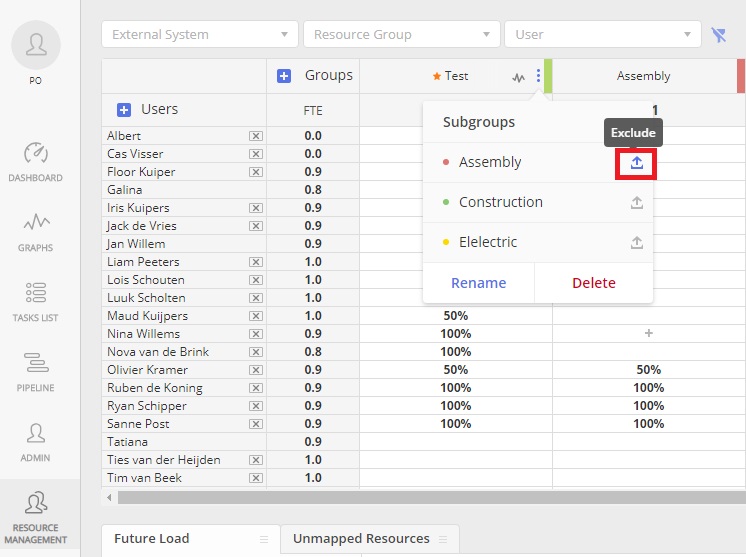 As soon as you delete a Multigroup all its historical data will be deleted as well.

This is a special group called “Un-Compressible Lead Time”. You can add it as a resource in case of ordering time.