Milestones (ML) a major progress points which helps to keep focus over specific periods along a project timeline and they are crucial one for the project success as result. Nevertheless, such significant tool has its own limitation from the prospective of JIRA’s implementation.

JIRA doesn’t have a ML as a separate entity. Still, at conceptual level, it can be defined either as a property of Sprint, Releases, Project (Start/End date) or as a part of the task itself (Due date). Such approach doesn’t support idea of transparent planning building up and maintenance.

As result in Epicflow any Milestone, in connection to JIRA, is representation of the next concepts:

Start/End Milestones of the Project

In JIRA you are able to define the Start and End date of the current Sprint and Releases but there is no simple direct approach to set Start\End date of the Project. To overcome such limitation Epicflow calculates Project Start and End milestones basing on the plan of created Sprints\Releases and Backlog.

Project’s Start/End milestones information is always kept at Epicflow side and do not sync to JIRA. 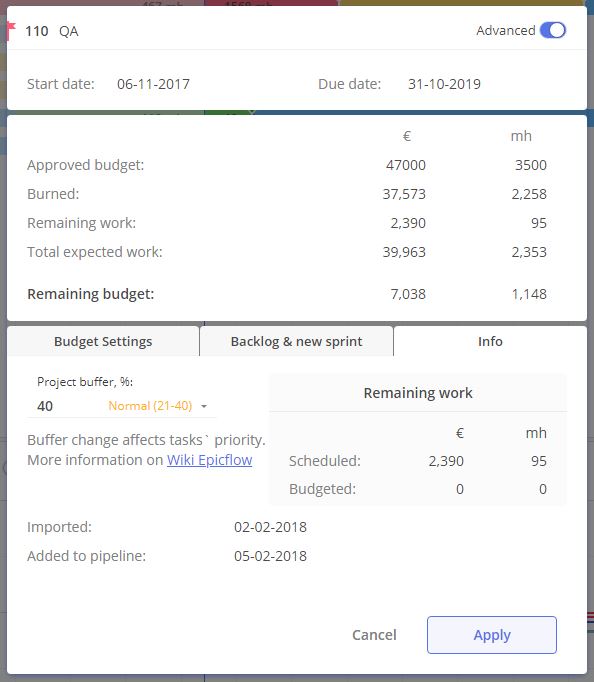 Editing of the corresponding date can be performed via: 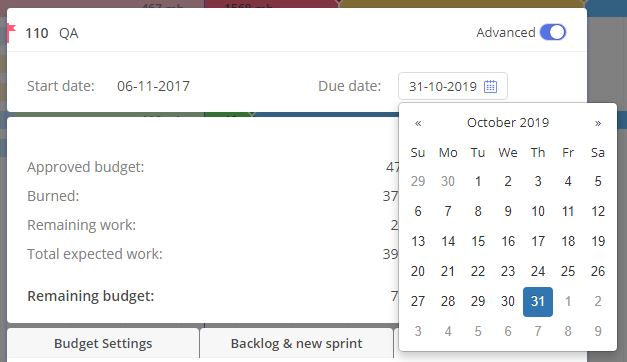 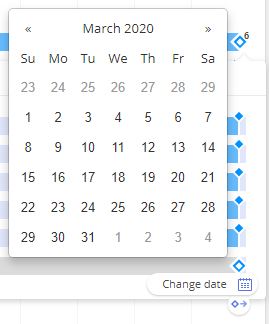 For editing via Milestone Card you need to 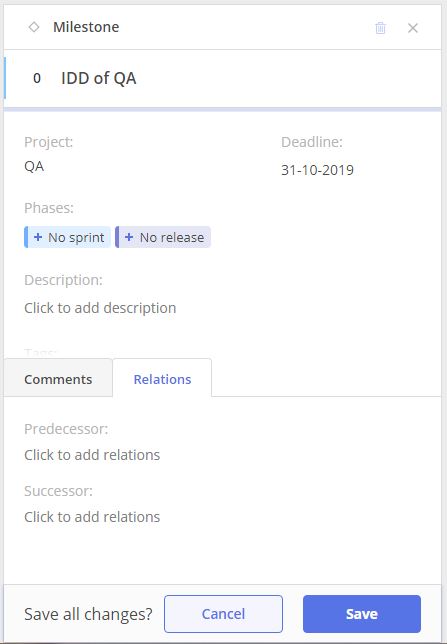 In next releases will be added functionality to clear End Project date. At this option selection Epicflow automatically recalculates Project End date accordingly to the plan. 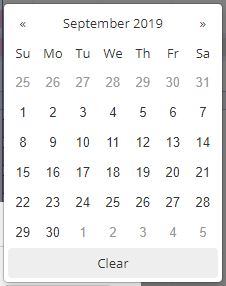 Sprint or Release can be created either in Epicflow or in JIRA directly.

To create Sprint or Release in Epicflow:

Please note, that in case if Start\End date remains undefined such will be defined as Project’s Start and Project’s End MLs. In result it will lead to phase creation with duration of whole project length.

Keep in mind, that created in such way Sprint, by default is in the Status “Not in progress”. Which does mean that it’s defined in JIRa as a Future sprint, without any dates specification. Due to such JIRA limitation, dates synchronization is supported only for the active or closed Sprints – with Status “In progress” or “Completed” at Epicflow side. In opposite case all dates are stored at Epicflow side only.

This tutorial does not cover questions related to JIRA Software in full scope. So, in case of necessity, do not hesitate refer to official documentation to learn how to use Sprints in JIRA  or Releases.

When Sprint is created at JIRA side and tasks are added to such, for the Active sprint Epicflow performs read out of all required information. From another side, for the Future Sprints, Epicflow predicts dates accordingly to configuration at Project Card -> “Backlog and new Sprint” tab. 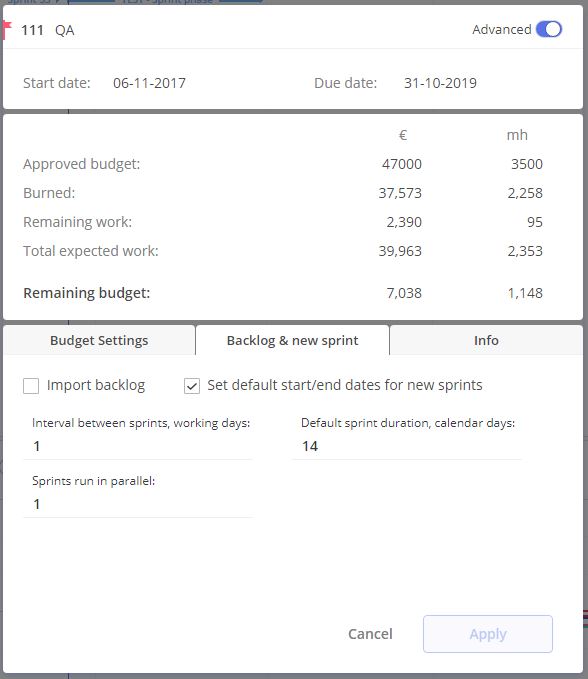 This settings defines default parameters for newly appearing sprints. However, Project Manager can reconfigure any particular Sprint accordingly to the needs.

Settings from the Import page are default one for all newly coming projects but can be overwritten later for the particular Project at Project Card level.

Editing of the corresponding date can be performed either at:

For Sprint release editing from the Epicflow side

Phase type is unchangeable and cannot be adjusted after  phase creation. 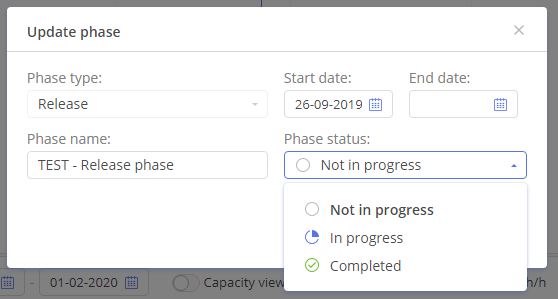 In additional to previously described highly detailed configuration you also can swiftly change positioning of the Start\End Phase date by dragging it.

The same dragging action can be performed to Release or Sprint itself by using phase arrow element itself instead of Start/End milestones.

As any previously described action Removing(Deletion) of the corresponding Phases can be performed either at:

This tutorial does not cover questions related to JIRA Software in full scope. So, in case of necessity, do not hesitate refer to official documentation how to Delete Sprint or Remove Release.

From prospective of Epicflow to delete any phase you need to

Please note that on your confirmation phase with all tasks in such is going to be deleted.

At first part of this document we have distinguished MLs by three types and agreed that Milestone as a separately defined progress point in time will be called as Progress Point Milestone.

Also we have highlighted limitation from JIRA side that it doesn’t have MLs as a separate entity,and that is the reason why Progress Point MLs can be created and stored only at Epicflow side, without backward synchronization to the JIRA environment.

So to create stand alone ML 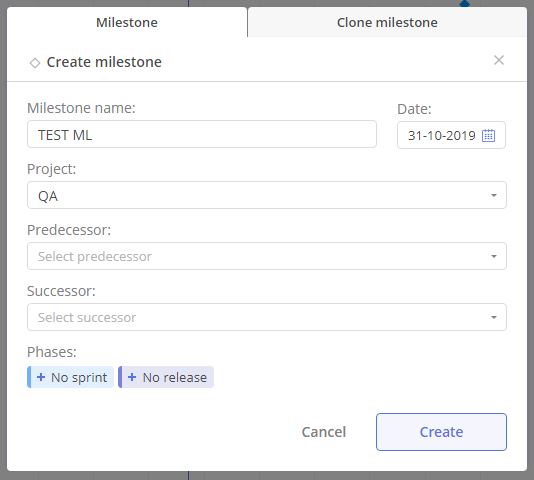 Please note that you also can specify Inter-project relation. Still it’s not a part of the current topic, but do not hesitate refer to corresponding part of the wiki on this mater of question.

Editing of the corresponding date can be performed at Pipeline either:

Speaking of dragging it can be used as for the Project’s pipeline or at Gantt itself. Jsut hold left mouse button over the milestone and set a new position for it after what release the button and confirm the action by Applying it.

Additional approach with the context menu is for the case when you need to specify date precisely. For that

Last but not least is editing from Milestone Card. For that you need to 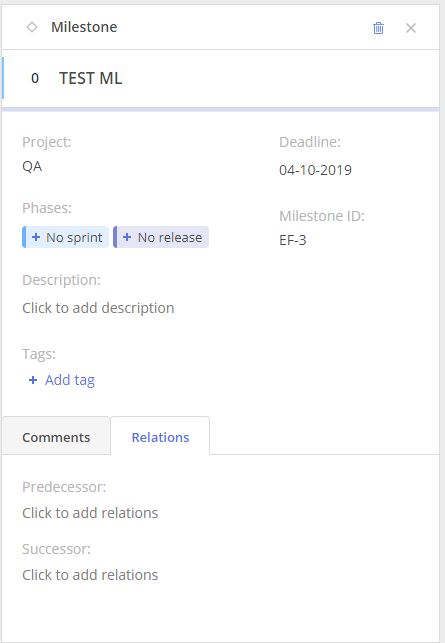 Removing of the Milestone can be performed from Gantt chart: